Tea originated in China, as legend has it, 5,000 years ago with Chinese emperor Shen Nung claiming the health benefits of tea in 2737 BC. However it was Ceylon (now Sri Lanka) that made tea famous in the 19th and 20th Centuries.

Scotsman James Taylor is attributed to planting the first tea estate in Sri Lanka. It was in 1867 that Taylor planted 20 acres of tea on the Loolecondera estate (of which he was superintendent). It was here he perfected the technique of fine plucking – `two leaves and a bud.’

Ceylon tea became the front-runner of the industry and was much loved for its unmatched quality and variety. The alchemy of land, sun and rain in the Paradise Island of Ceylon, as it was known then, presented the ideal climatic conditions for cultivation of tea. Ceylon added a new dimension to tea by producing variations in taste, quality, character and appearance, largely based on terroir of the region. Ceylon tea with its distinct taste and character became every consumer’s favourite cuppa.

However this changed when the Ceylon Tea industry was taken over by multinationals about 40 years ago. Their criteria for success changed from quality, authenticity and in some cases to freshness, to more commercial and profit oriented factors. They moved away from Ceylon tea to multi origin blends, a mixture of tea from several countries, to offer a cheaper product. Thus they commoditized tea and this led to a decline in demand for Ceylon tea – which was neither a commodity or cheap.

When Merrill J. Fernando embarked on his journey in tea, almost 58 years ago, he sought to bring quality tea,Ceylon tea, back to consumers. Choosing to remain faithful to Ceylon Tea, acknowledged the finest tea on earth, Dilmah introduced lovers of fine tea to the pioneering concept of tea ‘picked, perfected and packed’ at origin. Single Origin Tea.

* We accept PayPal only 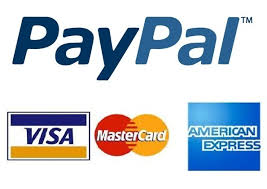 * All payment must be with in 2 days  completed

* Item will be ship within 1-2 days after the cleared payment,

* Return / Replacement -  We will try to solve any dispute and try our best to satisfy, if you are not satisfying our product, please contact first. We will accept any return and give a full refund (without shipping cost) on any item. The item must be returned to us in original condition.

* International Buyers -   Import duties, taxes and charges are not included in the item price or shipping charges. These charges are the buyer's responsibility. Please check with your country's customs office to determine what these additional costs will be prior to bidding/buying.

* About us -  We will work with you until you are satisfied. We sincerely hope that you can leave us a positive feedback; If, for any reason you are not satisfied with your purchase, please contact us through "Ask Seller Questions" before leaving neutral or negative feedback


Your Review: Note: HTML is not translated!

Enter the code in the box below: